Lately I have been thinking about where all this is going. I think it was brought on by the deaths of Anthony Bourdain and Kate Spade. It was really shocking to hear of two people both at the top of their games take their own lives. This has put a spotlight on mental health.

I have been sort of stewing in this mind soup of what does this all mean. Lawyers are famous for poor mental health and it’s no surprise that a lot of us are miserable. I don’t want to say that there has been a glorification of such mental instability but when I think about it, the media and the artistic community has sort of egged it on. Not that I don’t LOVE Suits or Damages — because I definitely do — but these shows about lawyers always make our mental instability seem so sexy. High functioning psychopaths basically. Maybe in a way to be successful as a dragon-slaying corporate lawyer you do have to have some facet of the psychopathic mindset. “Crush your enemies, see them driven before you..” yadda yadda. I am not one to judge whether this is right or wrong, it certainly makes for riveting drama but as far as I’m concerned that world was not for me.

During my time at the firm, I got a taste of this world. I have to admit there’s definitely something so alluring about it. I suppose that’s why students still line up in droves during OCIs to try to claw their way into this world. Expensive meals, unlimited alcohol, sexy cars and the 1%. What’s not to love? In a way, I was the monster… because when you can have a deck made of mahogany in the Hamptons, why wouldn’t you want that? Again I am not saying this as a put down at all, as a matter of fact I admire these people. A lot of them are truly hard-working good people. They wanted that life, they wanted those things and they toiled away to get there. Why shouldn’t the material wealth make you happy?

But this is the part that collides with the question: what is it all for. Obviously there’s no answer. If there was and I had it, I wouldn’t be a nobody sitting in my home office in my pjs waxing philosophical. I’d probably become one of those rainbow body monks but I digress.

Kate and Anthony had all the hallmarks of success: the fame, the fortune, the sexy life-style. Yet they were unhappy. So much so that it became insufferable in the end. This is true of a lot of high functioning lawyers. This means that we as a profession must think: why does it have to be like this. I suppose when you dedicate your life to being a soldier at war for your client, it takes a toll on you. How do we shield ourselves from the bad when we are on the battlefield? I am not sure.

I suppose the lesson here is there is no “having it all”. You must pick your poison and you must take the good with the bad. You must embrace the good and suffer the bad and wrestle with yourself every day. You must find ways to remind yourself that there’s more good than bad. Otherwise you will lose the battle.

For me, I decided the bad outweighed the good at the firm. But life outside of the system is damn hard. You wake up every day wondering if you’ll ever be “successful” and hell, what does success mean anyway. You go through long periods of financial difficulty and you spend hours toiling away at something the world won’t care about — and may never — for a long long time. I am a lawyer, who doesn’t practice law, and a writer, who spends all her time drawing. I am still trying so damn hard to get there — somewhere, anywhere — and I don’t even know what’s waiting when I do.

But that’s my poison. I gave up the prestige, the pay cheque, the ease of saying I am a New York City corporate lawyer in order to be a nobody for who knows how long. But that’s not the point is it?

The point is that in return I got what I set out for: freedom to work from anywhere, to do the thing I love, and to shape my own future and be someone I can eventually be proud of. Maybe it’s lame to trade in working at the New York Times building for a small home office. Maybe pjs are prudish compared to the latest designer fashions. But we only have one life and we can only go down one path at a time.

All of the other figs be damned. 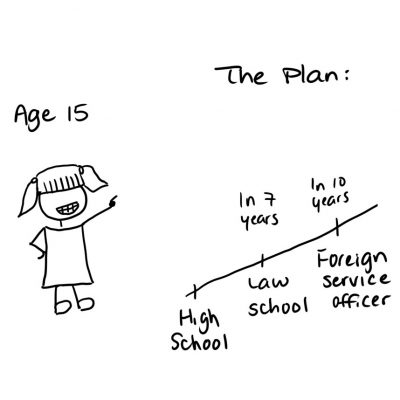 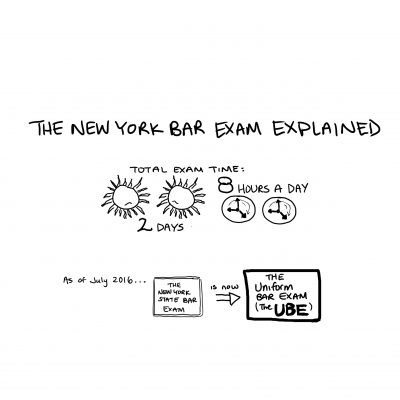